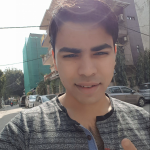 Every year Apple launches new generation iPhones with plenty of innovations. The company’s iPhone 11 series has been doing really well in the market, and now, people have started expecting more from Apple. Yes, we are talking about the new iPhone 12 series.

If you are a big Apple fan and love to keep yourself updated with Apple’s news, then here we have done a good job for you all. Everything you need to know about the upcoming Apple iPhone 12 is given here. iPhone 12 Release Date, Specs, Features, Price and everything else is included in this article. Let’s get on to the details now!

Apple’s current series i.e. iPhone 11 which includes iPhone 11, iPhone 11 Pro and iPhone 11 Pro Max, has set up a new benchmark in the Smartphone market. The devices have done a tremendous job as they are packed with the latest powerful software and new innovative features with advanced cameras.

Just like every year, fanboys of Apple started expecting things from the Cupertino. Until now, we have received a lot of information about the iPhone 12 i.e. Apple’s next-generation iPhones. What we can confirm here about the iPhone 12 is the next generation iPhone to iPhone 5G networking. Yes, in the regions where the 5G network is available, the company will launch the 5G-enabled iPhone 12. We have already heard a lot about this in the previous rumours and leaks.

Apple doesn’t pay much attention to the design side of its new generation iPhones. If you closely look at the designs of the previous generations, the company has only a few changes to the next generation of iPhones. What we are suggesting to you here is that you should not expect a new design from Apple.

Some leaks are suggesting that the upcoming iPhone 12 will be carrying the same design as iPhone 11. The only change that we could see is the camera module. The iPhone 12 will have the same curved design and glass body. Small bezels and greater height could be imposed to attract new users. The company is aiming to provide more display space within the same size.

Various sources are claiming that the new time-of-fight-sensor or we can say 3D depth sensor will be more accurate at measuring the distance between your device and the object.

With this, users will be able to take more accurate and sharp portrait shots from the devices. Apart from this, your device will be able to handle powerful AR-enabled apps easily by making the use of this latest 3D depth camera.

Ming-Chi Kuo, an analyst at KGI Securities for Apple has claimed that Apple to launch three new iPhones this year. Yes, there will be four new 2020 iPhones that we would get to see from Apple.

As noted above, all these latest iPhones 12 expected to feature OLED screens instead of an LCD screen for the base models. iPhone 11 or iPhone XR is featuring Liquid Retina Display. But in the iPhone 12 lineup, there will be no changes on the display-side.

Apple is known for powering its latest iPhones with the advanced and more powerful chipset. According to numerous reports and leaks, the iPhone 12 lineup will be powered by Apple’s latest and most advanced A14 Bionic chips. The new generation of iPhones will be more powerful than the previous generation. It might feature iOS 14 with new iPhone flagship.

The iPhone12 series will be capable of handling multiple AR-based and non-AR-based apps smoothly. You will not feel stressed out while using the multiple apps on your iPhone 12.

Moreover, the A14 Bionic chip is manufactured on a 5- nanometer process. The A14 is designed to work on the 5G network. Power-hungry games and apps will be handled easily here.

As we know, there will be four new iPhone 12 devices expected to launch by Apple this year. The two editions I.e. the lower-end editions with 5.4” and 6.1” displays will come with 4GB RAM. On the other hand, the iPhone 12 Pro will have a 6.7” inch display and 6GB of RAM. The second 6.1” edition will have 6GB of RAM.

Many reports and rumors claim that the company is planning to re-introduce its classic TouchID feature on the 2020 iPhone lineup. The advanced TouchID feature will behave like a powerful Fingerprint sensor with the ability to sense your finger throughout the display.

Recently, Ming-Chi Kuo reported that the company has already planned things for the 2021 iPhones. According to KGI Securities analyst, the 2021 iPhones to feature both, TouchID and FaceID.

The 6.7” iPhone 2020 edition I.e. 6.7” variant of the iPhone 12 will be featuring the FaceID with an innovative TrueDepth Camera System on the front side.

As per the sources, Apple accepted the suggestion of the EU and planned to launch the new 2020 iPhones with the latest USB-C charging port. In the coming days, all the mega smartphone manufacturers such as Apple, Oppo, Samsung and many other more will be using the same charging ports as a universal charge to avoid wastage of the materials while manufacturing them.

The company has acquired new technology to make the iPhone 12 more power-efficient. The small adapter of the iPhone 12 is designed to deliver up to 65 watts of charging power. We will learn more about the new fast-charging technology on the iPhone 12 by Apple in the coming days.

What will the 2020 iPhones be called?

Apple is known for launching its new generation iPhones with sequential numbers until the launch of its iPhone X. After iPhone 8 lineup, the company introduced its iPhone X series.

Note: Some rumours are still suggesting that the company may introduce the next generation of iPhone SE alongside the 2020 iPhones.

As per the history, the next-generation iPhone 12 would cost $699, $999 and $1,099. Some rumors are suggesting that the company may also introduce the iPhone 9 as the fourth edition, which would be priced around $499.

We all know about Apple’s annual event in September month. Typically, Apple holds its launch events in the second week of September month every year. Due to the effect of the on-going pandemic virus called Coronavirus, this time the company might delay the launch of its new generation iPhones.

The release date is still uncertain and the company recently announced iPad Pro and Macbook Air 2020 over their site. There’s no official event just new breakthrough site. Both these devices will be available in the coming days.

All the manufacturing processes have been shut down by the government and for that reason, the iPhone 12 lineup will be launched not in the September month, but in October month. More details will be revealed soon as there is no confirmation about the same.

Apple has released an official statement regarding the production of its devices. China is forced to shut down all the productions due to the pandemic which results in delaying the launch date for the 2020 iPhone editions.

Apple brings new technologies to its new generation iPhones which is why it is still known as the most popular smartphone maker in the world. The 2020 iPhones will surely bring the new technology, a powerful processor and a series of latest cameras.

Apple has enough time to work on its next-generation iPhones and their productions. We will keep on receiving new information, leaks, and rumours on the 2020 iPhones regularly. We will update this post with new information in the future.